The president of the organization, Eduardo Marson, participated in the event that brought together entrepreneurs, authorities and representatives of the governments of the two countries 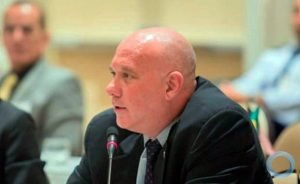 Credit for the image: Defesanet

The meeting brought together companies from the two countries and representatives of the Armed Forces to deal with business partnerships and also with industrial and regulatory policies between Brazil and the United States.

“For the Foundation, it is an excellent opportunity to consolidate partnerships and understand the needs of the program for binational cooperation between the countries so that we can put to use the expertise that we have accumulated in the defense and space sector,” commented Marson.

Held on October 10 and 11, in Washington (USA), the event discussed subjects such as mechanisms and existing models of innovation for the program of cooperation of countries, and the prospects of the Brazilian government, the U.S. government and the Defense industry for the coming years.