At the beginning of October, Fundação Ezute and the School of Naval Warfare conducted the workshop “Models of Lifecycle Management and Cataloguing Systems Applied to Defense” to present the results of a study conducted together on the theme.

The research had as its objective to understand the existing models of lifecycle management in the country and abroad, applied to defense, and to contribute to the improvement of the systemic thinking of the subject.

The development of the study is part of a research project conducted in partnership between EGN and Ezute in the biennium 2016-2017. Professors and students participate in the Postgraduate Program in Maritime Studies (PPGEM-EGN) and professionals of the Foundation.

The presentation delivered the partial results of the comparative analysis of national and international models of lifecycle management, which served as the base for the development of the theme, followed by an explanation by Ezute of applying Systems Engineering to the Lifecycle theme.

The EGN professors also publicized the development research on “Mobilization of the Defense Industry in South America: the Contribution of the Cataloguing System of Defense Products”.

The workshop also had the participation of the Center of Support for Logistic Defense Systems (CASLODE), a new organization that encompasses the activities of the former Defense Cataloguing Center (CECADE), which presented the process of Brazil’s insertion into the cataloging system adopted by NATO.

“In Brazil, the processes by which the systems of the three forces are acquired follow models developed separately. The development of studies on the lifecycle of systems, besides presenting divergences and convergences of the national and international models, reiterates the importance of systems engineering and its concepts, the need to design a common model for the forces and contribute to the construction of an integrated mentality, consolidating the role of the Ministry of Defense,” commented Cleber Oliveira, specialist in Systems Engineering of Fundação Ezute.

This is the second cycle of research conducted by Fundação Ezute in partnership with the School of Naval Warfare since signing the Term of Academic Cooperation, in 2015. The first theme studied was “Prospection of Futures: A Study of the Waterways of Madeira”. 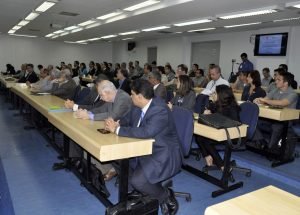 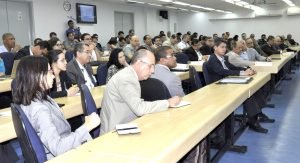