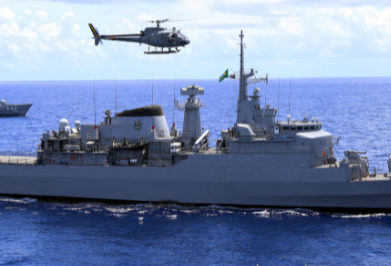 Fundação Ezute was founded in the context of the need of the Brazilian State to develop, from 1997, the Amazon Surveillance System (SIVAM). In this important project, the Foundation contributed to the conservation of national sovereignty through actions on three different axes:

⇒ Integration of different systems and technologies that comprised the SIVAM;
⇒ Development of systems considered strategic at the time by the Brazilian Government; and, finally,
⇒ Absorption of technologies and knowledge relating to systems developed by multinational companies.

Also in the context of SIVAM, it became paramount to create an inclusive organization, which received and mastered the complex technologies provided by the hardware and software multinationals contracted by the Armed Forces to lead this project.

Thus, Fundação Ezute’s mission in the SIVAM program was to ensure Brazilian technological autonomy in the intelligence of the system. It was registered, at the time, as the Fundação para Aplicações de Tecnologias Críticas – ATECH (Foundation for Applications of Critical Technologies), a name and brand used until 2009.

Therefore, since its foundation, Ezute has positioned itself as a partner of the federal government in strategic projects in defense.

The defense of the territory, of the continental shelf and of the Brazilian airspace requires the integration of various technological media to ensure situational command and effective decision making.

Fundação Ezute’s philosophy is to be guided by the availability of these solutions and the integration of the existing systems, by the flexibility of implementation and operation, and by reliability and affordability. This philosophy is then applied at different stages of programs and projects, from their conception to the management of their obsolescence, eventually undergoing modernization or replacement.

The knowledge and intelligence accumulated by Fundação Ezute during the execution of various surveillance projects in large areas of Brazil qualify it as a strategic partner for the formulation of new concepts.

The Brazilian Navy requires solutions for the fulfillment of its constitutional mission:

“Prepare and employ the Naval Power in order to contribute to the defense of the Nation; to guarantee the constitutional powers and, at the initiative of any of these, law and order; for the fulfillment of the subsidiary tasks provided by Law; and to support the Foreign Policy”.

The Navy seeks these solutions in national supply alternatives, because great powers seek to maintain control of their technologies. Fundação Ezute contributes to this movement of valuation of the national product of defense, offering in the country innovative engineering and a systemic vision for the Force to fulfill its mission successfully.

With the Navy, Fundação Ezute signed a Term of Cooperation, finalized in October 2015, in the areas of Security, Defense and Maritime Strategy, with the aim of contributing to the promotion of knowledge production in Brazil, in an area of common interest and for the dissemination and strengthening of maritime mentality in the country.

One of the fruits of this cooperation is the Study, carried out by researchers of the Postgraduate Program in Maritime Studies (PPGEM) of the Naval War College and of Fundação Ezute, whose objective was to analyze the river traffic of cargo on the waterway of Rio Madeira, preparing prospective scenarios to assist in strategic decisions made by parties interested in the waterway.

Cases related to the Navy:

SisGAAz
The Management System of Amazônia Azul (SisGAAz) has as its mission to monitor, continuously and in an integrated manner, the Brazilian Jurisdictional Waters and the international areas of Brazilian responsibility for the implementation, wherever necessary, of Relief and Rescue operations.

SisGAAz, when deployed, will integrate a network of terrestrial and marine sensors, command and control centers, air and environmental monitoring in order to enable the control of the strategic mobility of areas and rapid response in case of threat, emergency, environmental disaster, conflict or criminal activity.

The technical services provided by Fundação Ezute, which acts as a Technical Consultant of the Brazilian Navy, has enabled the elaboration and dissemination by the Force of a public consultation (Request for Proposal – RFP) for a Defense System with an open design, with the definition of the missions to be performed, capabilities and performance to be obtained, whereby the participants of the process should propose the technological solutions.

Submarine Development Program Since it began to specify the equipment for the renewal of the fleet of submarines, the Brazilian Navy took the decision not to depend on external suppliers to ensure access to a technology that it considers critical: the combat system that operates and controls the weapons of four conventional submarines and one of nuclear propulsion, which Brazil acquired from France.

An agreement between the governments of the two countries ensured the complete transfer of technology to accomplish this task, assuming the design and development of the information systems required. And Fundação Ezute was responsible for the process of nationalization of the combat system. In the first phase, nine engineers of the Foundation were relocated to France for the work of absorption and mastery of the onboard software for the submarines. In response, this group began to function as part of the multidisciplinary team that develops and updates the system, in coordination with engineers of the Navy.

Fundação Ezute, through its predecessor, Fundação Atech, led projects that ensured the conquest of technological independence of the country in its air traffic system, thereby marking a decisive presence in a vital step in the history of Brazilian aviation.