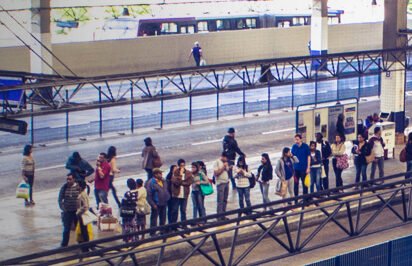 Fundação Ezute has supported, since the beginning, the specification activities of the electronic ticket and the deployment of this technology in the municipality of São Paulo. In 2002, São Paulo Transportes S/A (SPTrans), the local institution that manages the system of public transport by buses and vans in the capital of São Paulo, had clarity on the importance and urgency of modernization in the sector, but it was difficult to face and control a complex and insular environment. The goal was to integrate 14.5 thousand buses and vans into a new model of transport in the city. Ezute worked on the elaboration of the Integrated Monitoring Center and of the Electronic Ticketing System. Brazilian technology still had not faced such a complex process in the public metropolitan service. The solution was built step-by-step, requiring long-term improvements.

The Single Ticket represented a breaking of paradigms and forged a social legacy, approved by the residents of São Paulo, mainly when it came to offer different applications such as the student card, the elderly card and for promotions on commemorative holidays.